You are here: Home / blog 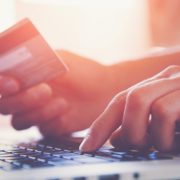 While advertisers may have spun “it’s a steal” into a sales pitch we are all too familiar with, if you’re not careful in the world of private sales that may be exactly what you get.

Gumtree is one of the most well-known classifieds site with its primary purposes allowing people to buy and sell from each other. Whilst this gives tens of thousands of people the freedom to sell unwanted property they’ve gotten over the years, it’s increasingly becoming a quick and easier way for criminals to turn their ill-gotten gains into cash.

The terms of use of Gumtree, and many sites like it, restrict their legal liability to any sales conducted over their platform including any conduct by a use engaging in illegal conduct. This means if something shady is happening and the law comes knocking, you may be left in a tricky situation.

The Criminal Code makes it illegal to possess any stolen or unlawful property, or to receive stolen property, however there is one key component. The charges around this issue hinge upon your knowledge of where the property came from and how it came into the seller’s possession.

A little knowledge is a dangerous thing

So what kind of knowledge puts you in peril of criminal charges? There are two standards you can be held to: actual knowledge, and reasonable suspicion.

Reasonable suspicion means that you aren’t certain the items lawfully belong to the seller. Putting this into practice, if you took a step back and looked at all the circumstances and you believe there’s a chance the property is not theirs to sell, you have a reasonable suspicion.

Actual knowledge goes one step further and means that you are aware that the property you’re buying has been stolen or otherwise obtained illegally. This doesn’t necessarily mean you know the actual offence that was committed to get the item in the first place, just that it isn’t lawfully owned by the seller. 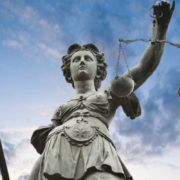 Last night saw the launch event of Women in Criminal Law (WiCL), hosted in the beautiful Law Society Hall. The event featured inspirational speeches from eminent women lawyers including the organisation’s patron and current Vice-President of the Criminal Division of the Court of Appeal, the Rt Hon. Lady Justice Hallett, the Chair of the Criminal Bar Association,Angela Rafferty and the Director of Public Prosecutions, Alison Saunders.

Next year will be the centenary of women being permitted to join the legal profession and it is clear from the illustrious line up of speakers at the event that women have come a long way in the legal profession in a relatively short time frame. It is evident however, partly demonstrated by the need for such an organisation to be created, that women still have a long way to go to attain equality within the profession at its higher echelons. The statistics show that the UK has the lowest proportion of female judges in the EU and under a quarter of partners in solicitors’ firms are women.

At Kingsley Napley we’re fortunate that women are given centre stage at the highest level and that our next Head of Criminal Litigation is a woman (Louise Hodges – who will take up the post in May), but sadly we’re nowhere near being the norm.

The WiCL’s aim is to provide a voice for the thousands of women who work in the criminal justice sector and to connect and promote women at all levels across the profession.

A very apt and inspirational launch on the lead up to International Women’s Day of an organisation created to encourage women in the criminal justice system to strive for equality and help them break down barriers to success. 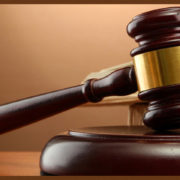 The Kingsley Napley International Conference 2018 held a panel debate on “Considering corporate liability for human rights abuses and international crimes, now and in the future.” Read this blog from Alessandra De Tommaso as part of our follow up series of blogs.

In the past, efforts to introduce corporate criminal liability at the international level have been met with resistance, mostly due to the existence of divergent approaches to corporate criminal liability among national jurisdictions. Notably, at the 1998 Rome Conference for the Establishment of an International Criminal Court, an attempt to include corporations and other legal entities in the jurisdiction ratione personae of the court failed to find the necessary support by states representatives. During the preparatory works, the French plenipotentiaries submitted a proposal to extend the Court jurisdiction also to legal entities “if the crime was committed on their behalf or by their officials”. The proposal was limited to private corporations as opposed to state and public corporations and was linked to the individual criminal responsibility of a leading member of a corporation who was in a position of control and committed the crimes, acting on behalf of and with the explicit consent of the corporation in the course of its activities. Unfortunately, delegates failed to reach an agreement and, in the end, the proposal was withdrawn by the French delegation when it became clear that there was no possibility that it could be adopted by consensus.

Notwithstanding this failure, the idea of holding corporations criminally accountable under international criminal law has remained at the centre of the international debate. Recent developments demonstrate more openness toward the recognition of corporate criminal liability at the international level. Two initiatives, in particular, are worth mentioning. The first concerns the adoption in June 2014 of the Malabo Protocol by the Member States of the African Union. The Protocol, though not yet in force, amends the Statute of the (proposed) African Court of Justice and Human Rights to extend the Court’s jurisdiction ratione materiae to a number of international and transnational crimes and to include corporations among the possible defendants. The second regards the inclusion, in 2016, of a specific provision on corporate criminal liability in the Draft Articles on the Prevention and Punishment of Crimes Against Humanity, currently under consideration by the UN International Law Commission. It is still to be seen whether the provision on corporate liability will make it to the final draft. Nonetheless, its adoption in first reading represents already a major development in the field of corporate criminal liability for international crimes.